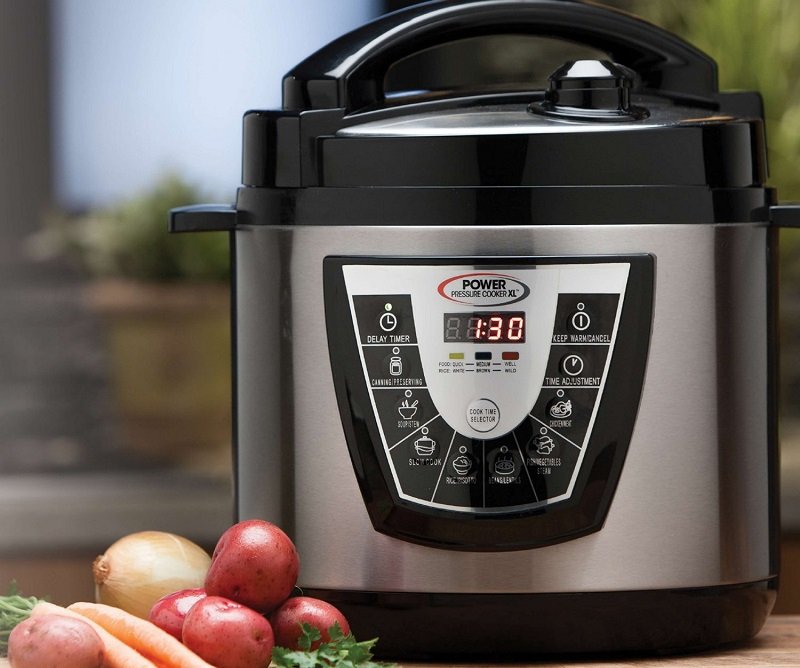 Modern pressure cookers offer a variety of features and capabilities, depending on the model and manufacturer. Choosing the best one for your specific case will depend on the usage you will be giving it, the number of people youâ€™ll be feeding, and of course, your budget.

The Power Pressure Cooker XL 10 Qt offers a versatile solution for a pressure cooker, and at the same time, can replace another 5 different kitchen appliances. In this versatile pressure pot, you can make soup, can, slow cook, steam ingredients, cook rice, and pressure cook.

About The Power Pressure Cooker XL

One of the most versatile pressure cookers in the market, the Power Pressure XL can be used to prepare a variety of meals. From succulent meat and poultry cuts right down to risottos and delicious stews, this cooking option will help you keep your family happy. 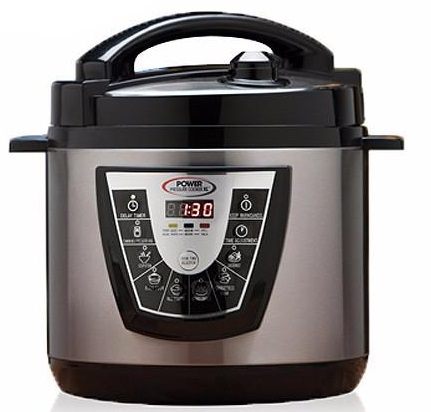 The Power Pressure Cooker has a capacity of 10 quarts, which is more than enough to feed a large household. Thanks to its automatic keep warm mode, you wonâ€™t have to worry about the food going cold, allowing you to prepare your meals hours in advance.

In addition to the above, the XL offers one touch preset buttons for even faster cooking. The pressure cooker also comes with Eric Theissâ€™ cookbook titled Power Pressure Cooking, which boasts of 138 succulent recipes that can be prepared in the XL.

What Customers Are Saying

Boasting of a 4.3 out of 5 overall rating, the Power Pressure Cooker is known for delighting whoever is lucky enough to cook in one of them. Several reviews found online indicate that the XL is very easy to operate and confirm that it can be used to cook a variety of meals.

Moreover, the reviews say that the pressure cooker excelled at keeping meats juicy while cutting down cooking time by 75% in some cases. The large cooking area is also a huge plus, and can be used with several ingredients at the same time thanks to the divider.

What To Look Out For

Although it received 4 or 5-star reviews most of the time, there are also a few reviews that suggest problems with the XL. A few of them complained about the non-stick finish that started peeling off after just a few uses.

Some users also had negative thoughts about the aluminum interior pot, saying that they would prefer a stainless steel finish. 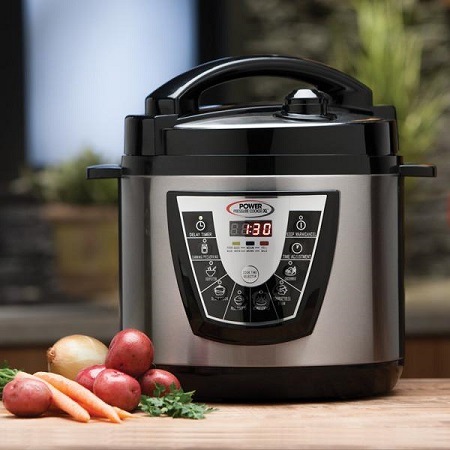 Other comments highlight that the cookbook received with the Power Pressure Cooker is for high-level cooks, although it can be seen as a challenge to overcome by some!

The best place to purchase your Power Pressure Cooker XL is through Amazon. With a price tag starting at just under $160, you can enjoy free shipping and get this awesome appliance delivered straight to your doorstep.

The Power Pressure Cooker XL comes loaded with awesome features that make it one of the most attractive options on the market today.

Thanks to its many features and usage options, the Power Pressure Cooker XL gets our stamp of approval as one of the most reliable and dynamic pressure cookers available.